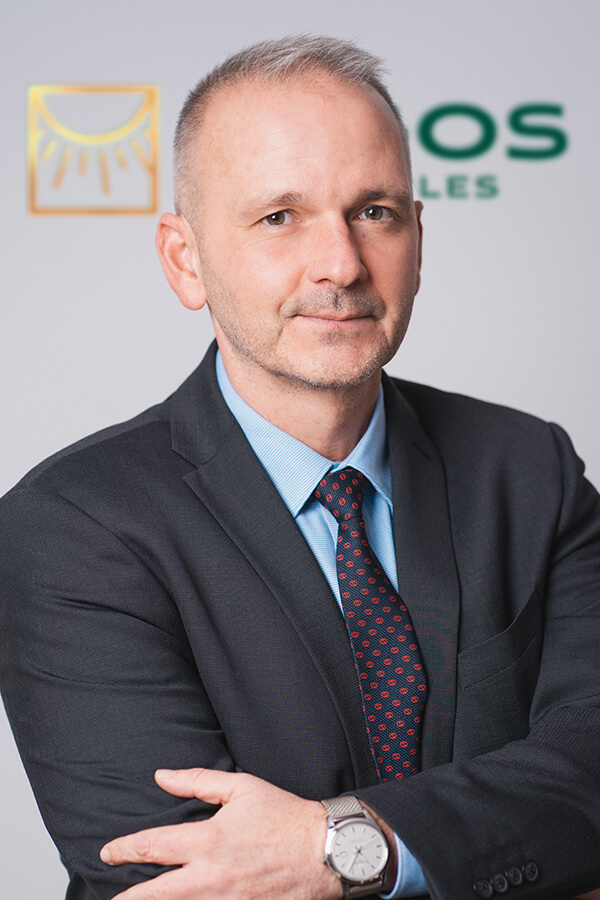 He is the leading partner of the Energy and Investment Team of Wolf Theiss in Budapest. He has several decades of experience in strategic investments for developing power plants and infrastructure, in energy market regulations, in legal representation in proceedings related to Hungarian and international energy trading, in arbitration procedures, as well as in the realization of renewable energy investments and energy efficiency systems in Hungary and in Eastern and Central Europe.

László has been participating in the management of the legal matters of LUGOS Renewables Ltd. and in the coordination of the legal field for three years. His further tasks include the supervision of the company’s legal compliance and the legal support of project developments.

His work at the company also comprises consultancy related to the solar power plant investments realized in the form of an international joint venture.

He earned his law degree at Eötvös Loránd University in 1995. Before joining the team at Wolf Theiss in 2007, he had worked as a senior lawyer in the energy law and company law team of Clifford Chance, an international network of attorneys, in Budapest. He was an active arbitrator of the former Permanent Court of Arbitration for Energy. He is a member of the Legal 500 "Hall of Fame" Club.